On Tuesday 17th October, a group of children from Toftwood Junior School took part in a non-competitive sports event at the UEA Sportspark. This event was organised to encourage children in a range different sporting events for fun.

The children arrived to the Sportspark by coach and our first event of the morning was Table Tennis. Targets were set up on the tables for the children to either hit, score goals or objects to knock down. Games were also set up between the children using different bats and sized table tennis Balls.

The second event was learning new Boxing and self-defence skills with ex-professional Boxing champion John Thaxton. Children worked in pair to attack and defend against their partner using a range of punches. Most importantly they learned about safety and control and where their new skills could be used (only in the Gym not in the playground!).

The last activity of the day was either Rugby or Boccia, the children got the opportunity to move around at a faster pace and to support each other in small groups.

All children had a fabulous day and didn’t seem too disappointed about missing English and Maths! 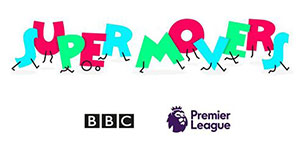